All right, fiends, let’s get disturbed! I tend to build my double features based around my interests and what I find entertaining, but honestly, that can be short-sighted. I have long championed the opinion that just because a movie or genre is not my thing does not mean it is not good or worth a person’s time. Everyone has a right to their own opinions and tastes, and with that in mind, today’s double feature is one I have watched but don’t think I would put myself through again. Today’s territory is serial killers, and the movies are Random Acts of Violence and Found.

END_OF_DOCUMENT_TOKEN_TO_BE_REPLACED

We talk Part for of Netflix’s Chilling Adventures of Sabrina, Love & Monsters, HBO’s Heaven’s Gate documentary, Fingers, Alex de la Iglesia’s 30 Coins, our favorite characters from John McTernan’s Predator, what we love and hate about Fede Alvarez’s 2013 Evil Dead, and what movies will be a better dose of Ninja action than 1983s Samurai Christmas Horror film Blood Beat (here’s a hint – the titles all contain the word “Ninja.” Oh, and a lot more!

Well, it’s that season again, fiends! That time when we get crap for watching horror movies during the “holidays.” It’s also when we get together with family and take part in that thinly veiled dance where we try not to get angry at family members we have not seen for a while. So why not watch a couple of horror movies that take all those thoughts about the holidays we have and take them to the violent nth degree. Today’s Cineray holiday recommendations are Red Christmas, directed and written by Craig Anderson and Secret Santa, directed and co-written by Adam Marcus, and co-written by Debra Sullivan.

Red Christmas is a slasher movie with an unusual killer and a mixed political message. This one starts at an abortion clinic that is bombed by a pro-life activist. In the aftermath, the bomber finds and takes with him the surviving result of a late-term abortion. Flash forward 20 years to Diane, played by Dee Wallace, hosting her family at her home in Australia. Tensions are high and old wounds show as the festivities begin. Her daughter Ginny is nine months pregnant and likes to smoke pit with her husband, supplied by her uncle, and her sister Suzy arrives with her pastor husband. The two clash and argue a lot with the family between them. And then a mysterious stranger named Cletus, wrapped in bandages, wearing a cloak arrives, and before they understand what’s happening, he is picking them off one at a time.

The slasher element of Red Christmas is pretty inventive, and once the kills start, they are pretty brutal. In typical slasher fashion, the killer has come for revenge, except here, his origin and rationale are pretty inventive. The kills could be a little more revealing, especially for a slasher, but it being an independent film, maybe that was the best way they felt they could keep down the cost. The special effect on the barely seen Cletus is cheesy looking, and honestly, the mystery of how he looks should have held for the entire film, but it’s quick and easy to see past. Finally, it’s a little muddled in its politics.

The next feature Secret Santa follows with more of a family killing spree but a lot more killing and some excellent dark humor. The film follows a family who meets for Christmas Eve dinner and their annual Secret Santa Ritual. Though blood, these are all different people with histories and issues between them. Tensions are high because, well, old wounds often do not heal. During a tense argument, violence ensues, and people start attacking others and complaining of feeling hot while others try to protect themselves and escape. But one of them has engineered the events of this evening and secretly knows what is going on.

The humor and violence of this film are entertaining, and the actors are great. It’s easy to hate some characters as the film progresses, but there’s a complicated family narrative afoot as well. Take the shrewish family matriarch Shari, played here in spiteful, vengeful glory by Debra Sullivan. Even though it’s an independent feature, the film spares no expense with the practical effects. The kills are fantastic, and some are outright funny. There is one WTF moment of particular gruesomeness in the film that will make you laugh out loud.

Now, to be completely honest, my fondness for Secret Santa transcends how great I think the movie is. This is because, when the Horror Vision podcast was only into its fifth episode, we got the chance to sit down and interview Adam Marcus and co-writer and star Debra Sullivan, and the film’s producer Bryan Sexton about the film. They were all excellent guests and very personable and open about the film process. Adam is generous in his advice and very positive, and Debra could not be farther from her character onscreen. She is very friendly and a great actor, considering how much you hate her character onscreen. That being said, more people need to see this horror film, and it’s always part of the reason I pick my Cineray features. Red Christmas can be rented from all the usual places but is free with Prime, Peacock, and Shudder, while Secret Santa is available for rent or purchase through Prime and YouTube.

Chris, Ray, and Shawn meet up to talk about all things Horror! First, hear Chris talk about the joys of not only Max Brooks’s new novel Devolution, but the full-cast Audio Book performance of both that and Brooks’s seminal zombie novel, World War Z! Next, Shawn has seen the new, Barbara Crampton-Produced Castle Freak remake and he LOVES it! Hear why. And Ray continues to methodically educate himself on Shudder’s entire catalog; this week he talks about Fulci’s New York Ripper, Bava’s The Body and the Whip, and the not-for-the-weak-of-heart Angst! Plus… Christopher Landon’s Freaky, and a lot more!

Mark it – the first in-person episode of our show since COVID began! Anthony and Shawn gather under the same room but at a safe social distance to watch Scream Factory’s BR of William Malone’s 1999 remake of The House on Haunted Hill! Also, Netflix’s new haunter His House, which is really just fan-freakin’-tastic! Also also, Shudder’s new Creepshow Animated Special, NOTLD, Halloween, and a whole lot more!

This episode, Tori, Ray, Anthony, and Shawn meet back up on Zoom to discuss The Shed and Random Acts of Violence, both recent additions to Shudder’s streaming service. Also, Anthony reviews The Barge People and Tori Impetigore! From there the discussion ranges from whether or not Nick Cage was the right man for Richard Stanley’s Color Out of Space, HBO’s Lovecraft Country and Raised By Wolves, and really, a helluva lot more.

Show Notes: As we mention on the episode, we’re in the final days to back Vincent DiSanti’s upcoming Friday the 13th Fan Film Never Hike in the Snow (You can support the IndieGoGo campaign for the next 8 days HERE, campaign trailer below:

Also, this episode we finished with what we are most looking forward to coming up; here’s the trailers for everything we talk about in that Coming Attractions section:

As quarantine crawls into its fifth month, Tori, Anthony, and Shawn meet up online to talk about everything they’ve been watching/reading to keep them sane. Topics of discussion include but certainly are not limited to the new 80s Horror documentary In Search of Darkness, the original Sleepaway Camp trilogy, Shudder’s new, scary as all hell Host, and soon-to-be-adapted North American Lake Monsters by Nathan Ballingrud, which premieres in October on HULU courtesy of Babak Anvari. We also talk about the cosmic horror of Grant Morrison and Chris Burnham’s Nameless graphic novel, Alien 3 and 4, and rare 80s flicks The Kindred and Killer Party.

Shawn’s annotations on the Ennochian Magick contained in Grant Morrison and Chris Burnham’s Nameless graphic novel can be found here:

That puts you in at issue four’s annotations, but the links for the first three are at the top of the page, and you can click through to issue 5 and 6 from the side bar on the right.

The annotations for Grant Morrison’s entire 7-year Batman run that Shawn mentions in this episode were written by the following.

David Uzumeri’s annotations are my favorite. He does a fantastic job, first on Funnybook Babylon and then on Comics Alliance. Notice you’ll also find his annotations for Final Crisis and FC supplement Superman: Beyond on some of these pages as well.

Gary Lactus does a great job in his own right with annotations. His website Mindlessones.com is a great read and an excellent comic resource and I’ve used it to augment the studiousness Uzumeri’s annotations have inspired in me for this re-reading of epic proportions.

And finally, Douglas Wolk’s work annotating Final Crisis is another fantastic supplement to the series. I know so little about the history and structure of the DC Universe (always been a dabbler in DC and more of a Marvel man) that without something like this I had no hope of understanding even the smallest bit of the epic scope of FC. 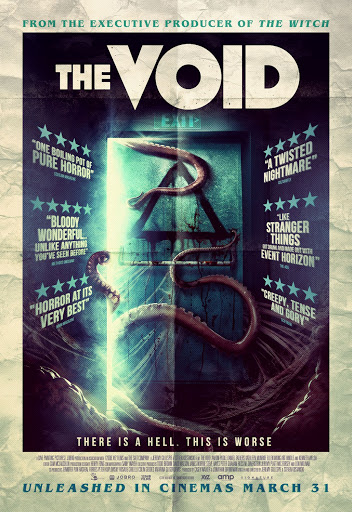 Tori, Anthony, Ray, and Shawn gather via Zoom to discuss one of the greatest independent Horror movies of our time – Jeremy Gillespie and Steven Kostanski’s The Void! Part homage to Fulci, Carpenter, and Barker, part practical FX masterpiece, let us tell you why we love this movie! Also discussed, Blood Quantum, Clive Barker’s debut novel The Damnation Game, and a whole lot more!

While the smart people in the world remain sheltered-in-place, Chris, Ray, and Shawn hold their first remote meeting to help give you recommendations for what to watch and read while we’re all trying to Flatten the Curve! Plus – a brief remembrance of Stuart Gordon and the films by him we love! 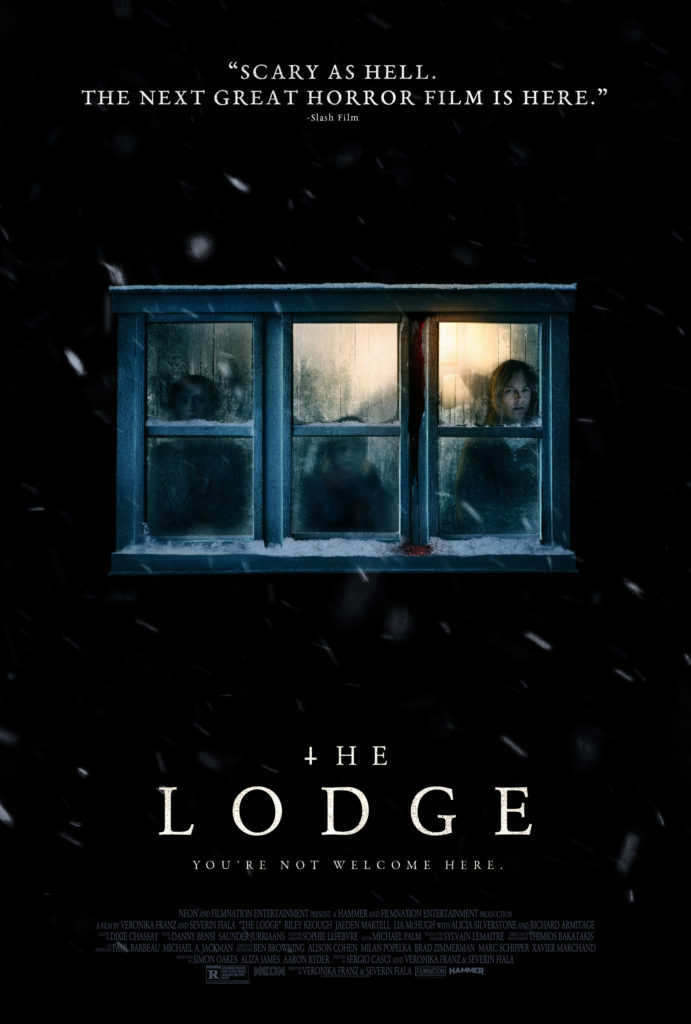 Hear our Spoiler-Free Review for the feel-good hit of the summer!

The fiends take a field trip to the local big box theatre to support the wide-release of Veronika Fran and Severin Fiala’s The Lodge. Is it worth seeing in theatres? Hell yes! Why? Supporting smaller horror movies who get big chain distribution means other smaller films may get a chance to break through the monotony of the studio system. Plus, The Lodge is freakin’ awesome! Hear our reaction, as well as thoughts on Netflix’s October Faction and Black Spot, Vampire Circus, Joe Begos’ Bliss, Castlevania, 2011’s Fright Night remake, and a host of other horror-filled delights. Also, this episode’s Classic Corner is 80s favorite The Gate! Check it out! 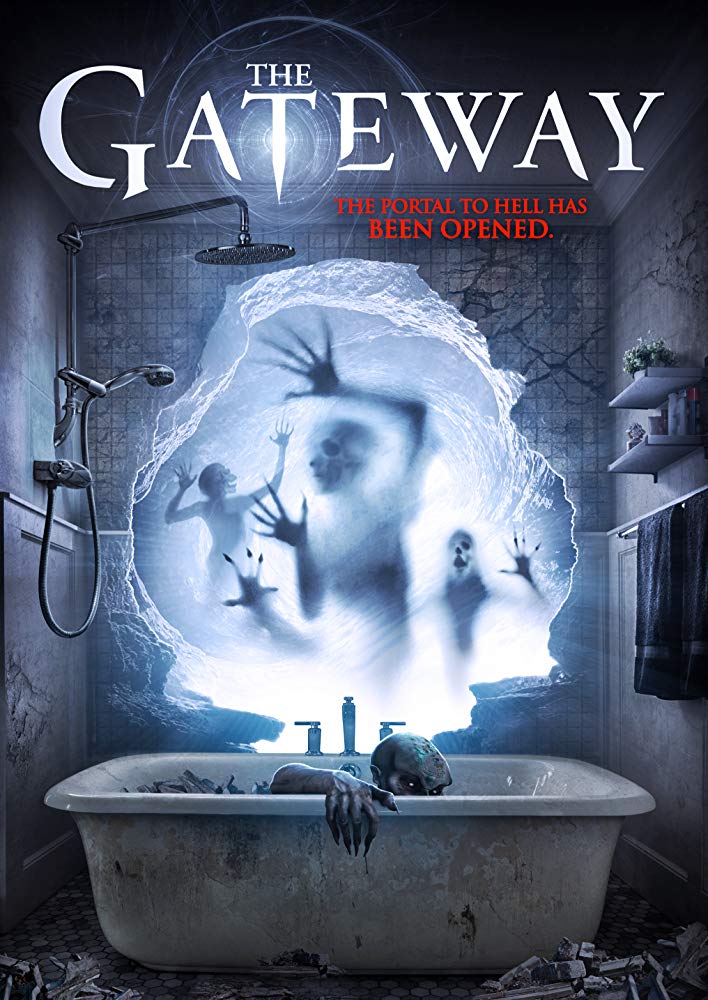 We’re back with a double-sized mutha-f*&ka of an episode! Tori, Anthony, Ray, and Shawn watch and review Jaron Henrie-McCrea’s WONDERFUL The Gateway (aka Curtain), which is streaming on Prime, Tubi, and Vudu for free and everyone should watch. Then we go into our “What the hell did we watch?” roundtable where topics of conversation include but are not limited to Tori’s review of Neil Marshal’s Hellboy, Anthony’s review of Blumhouse’s Black Christmas, Shawn’s review of Antrum: The Deadliest Film Ever Made, and Ray’s analysis of Cutting Class. Yes, that Cutting Class. After that, we have Tobe Hooper’s 1982 masterpiece Poltergeist as our Classic Corner pick, and then we take turns giving you our favorite Horror Films of 2019, and the decade! That’s right folks – a new decade is upon us! 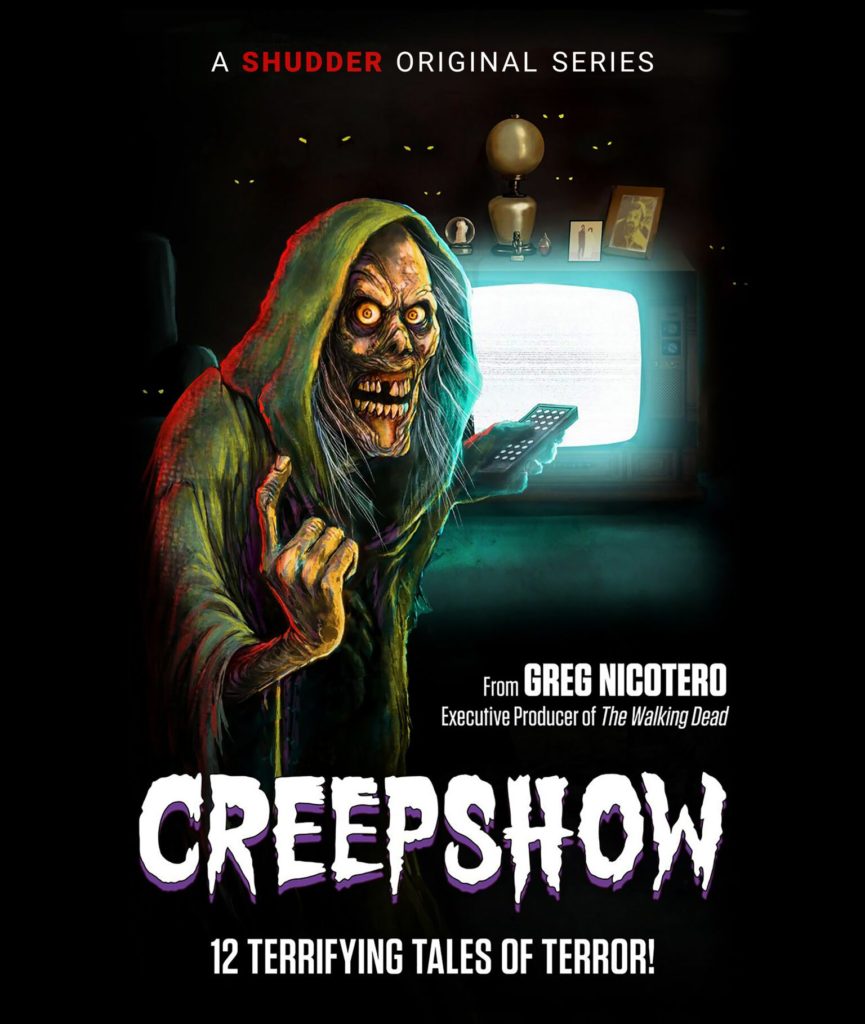 Chris, Ray, and Shawn gather want you to mark Thursday, September 26th as the day Shudder brought Creepshow back from beyond the veil! That’s right folks, there might be a lot of hype in the horror community, but it’s well-earned; Shudder NAILED it! Here’s our reaction to the first episode.

This episode Anthony, Ray, and Shawn run down all the great horror movies they saw in 2018. Their favorites, the indies that deserve your time, the reasons why, and a lot of discussion on how great the world of Horror is at this moment and how it might just keep getting better!