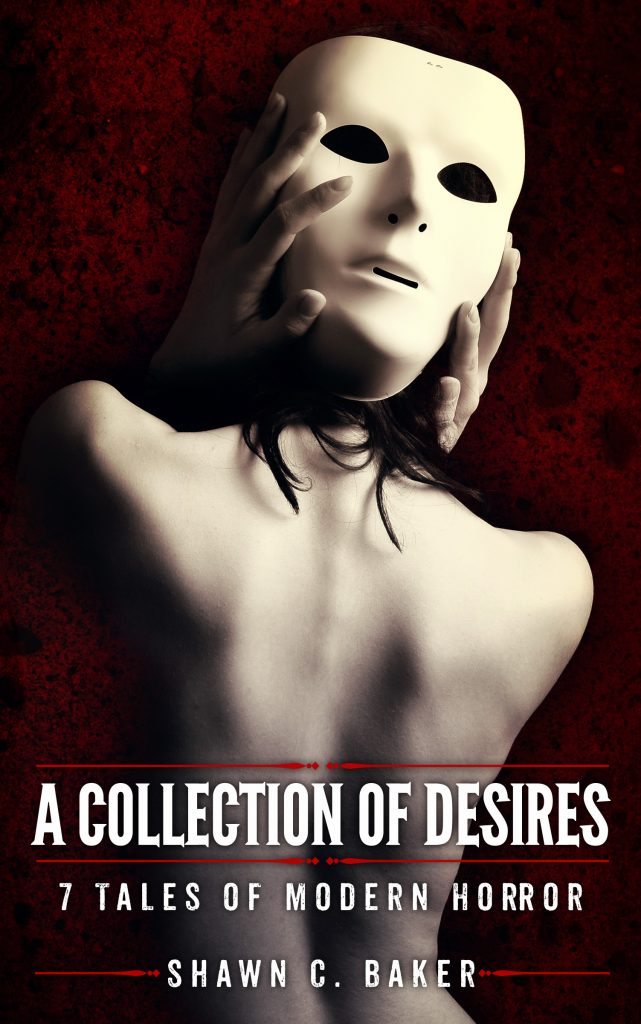 Originally published in the Spring of 2018 as an Amazon exclusive, Horror Vision founder and co-host Shawn C. Baker’s break-out collection of short stories makes a new mark as the first Literary work published under the Horror Vision Press imprint. 7 Tales to chill your blood:

Scare Me: At a Hollywood movie premiere, Apple and Lucas discover a new app marketed toward enhancing the experience of upcoming horror film Scare Me. The app claims it can blur the lines of reality that separate the viewer from the film. Sounds cutting edge and cool, but can it really be a good idea to inhabit a horror flick’s reality? Probably not.

The Apartment: Upon returning to his home town, Devlin’s former bandmate Cole drops a bomb: the song they wrote and performed as an invocation to the Hebrew Angel of Terror? Not only did it work, but they didn’t complete their banishing ritual.

In His Arms, She Felt Loved: Vicki and Addison’s marriage has devolved to a violent charade, but when she kills him in self-defense, Vicki finds her problems are only beginning.

The Midnight Tree: A barback on Chicago’s southside searches for an elusive nightclub that has a long, infamous history.

1422 Euclid: Sex addiction is a terrible thing. What’s worse are the creatures that feed on the addict’s pain.

A Collection of Desires: The couple that kills together stays together, right? Well, when Mark and April decide to murder her landlord, things go kind of awry…